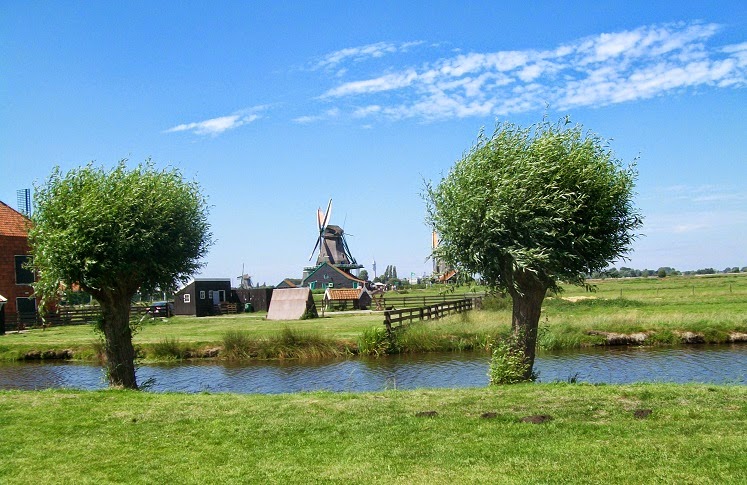 
The Zaanse Schans with the traditional wooden windmills is one of the highlights around Amsterdam. This popular tourist attraction is a fully inhabited, open air conservation that dates back to the 18th and 19th centuries. The Zaanse Schans consist of authentic Dutch windmills, houses, a historic shipyard, a cheese and dairy farm and other traditional buildings. You can take a boat trip around Zaanse Schans or visit a clog-making demonstration, explore all boutiques and tourist shops with a large variety of Dutch cheeses. 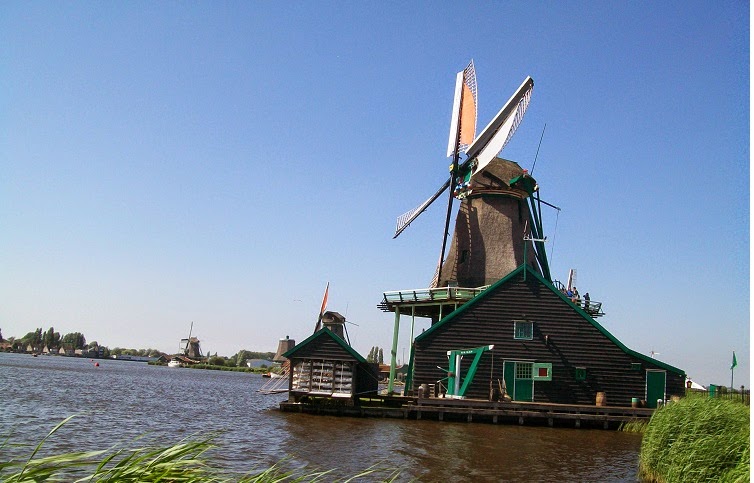 
The Zaanse Schans will easily fill half a day and is accessible from the Central Station of Amsterdam with public transport, Connexxion bus 391 departs every 15 minutes to Zaanse Schans and the jouney takes about 30 minutes.
The Zaanse Schans also has some good restaurants with Dutch specialties. Admission to the Zaanse Schans is free of charge but for some of the attractions like the windmill museum, you have to pay. Zaanse Schans can be vistit the whole year and almost everything is open between 10.00 and 17.00.

Zaanse Schans, the first industrial site in the world


More than 250 years ago with over 700 wooden windmills, Zaanse Schans region was probably the first industrial site in the world. They produced cheese, paint, paper, mustard, shelves and much more. You can visit three of these age-old wooden windmills and have a look inside, everything is still in original condition and still working. 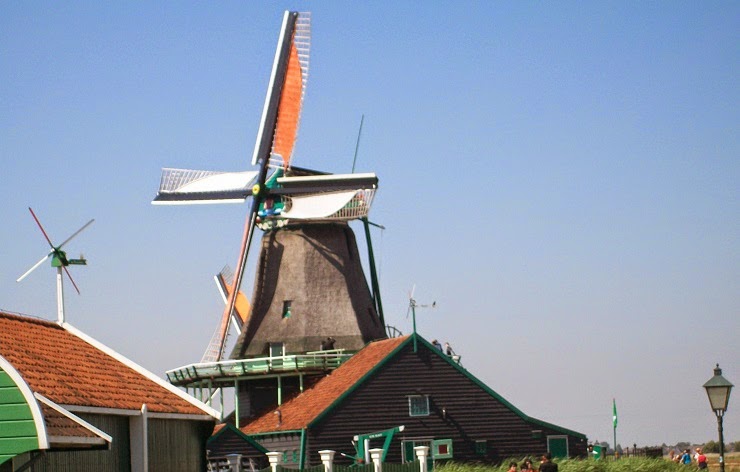