The Most Popular Museums in Amsterdam 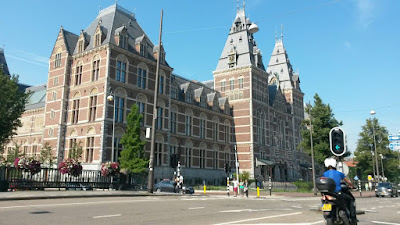 The most popular museums in Amsterdam last year were visited by over 10 million people. The Rijksmuseum received in absolute numbers most visitors (2,350,000), followed by the Van Gogh Museum and Anne Frank House.

The Rijksmuseum, the Van Gogh Museum and the Anne Frank House hearing in terms of visits to the outdoor category. They receive 2 to 4 times more visitors than the number 5 in the list. The differences are due to the international fame of these museums. Many foreign tourists from all over the world, visit these museums as part of their tour in Amsterdam. 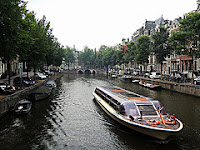 Or visit a admiralty yacht, Statenjacht De Utrecht will be moored at Het Scheepvaartmuseum from 26 April to 1 May inclusive. You can take a look around on board every day, and ask the crew questions. The state yacht 'Statenjacht de Utrecht' is a reconstruction of an 18th-century admiralty yacht, built according to traditional methods between 1997 and 2003 on the basis of original drawings dating from 1746.

During National Museum Week, more than 500 museums open their doors in the Netherlands to the public, also in Amsterdam are open museums. The museums are free to determine their admission fees, but a large portion is free during these special National Museum Week. But that's not all, there are also special activities organized that are dedicated to the museum theme week.


The most popular museums in Amsterdam