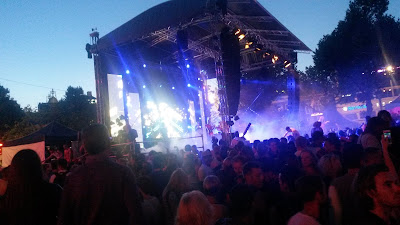 Vibrant nightlife
Amsterdam has a vibrant and intense nightlife, in the city centre you will find a lot of bars, clubs and theaters. Many of them are housed in historic buildings, which are very charming in their own right and offer a special experience. The best and liveliest areas are the Leidseplein, Rembrandtplein, De Pijp and the Red Light District. Here's a short description. 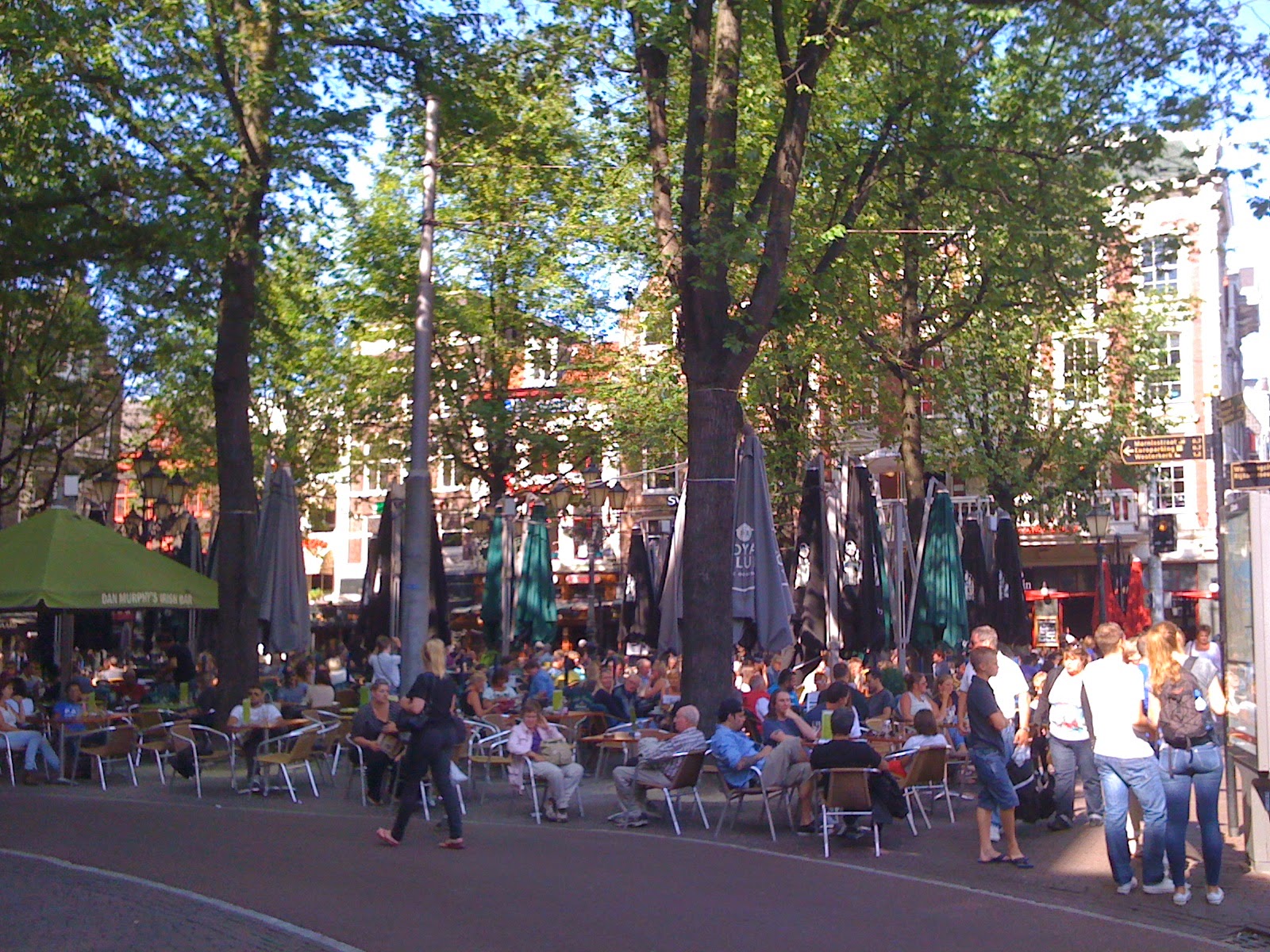 The Leidseplein is the most popular centre for more mainstream nocturnal amusement, with the busiest terraces, lots of bars and a few small discotheques and also very near the Melkweg and Paradiso that are two of the major concert venues in Amsterdam. They offer a variety of themed club nights and depending on the night, they play techno, dance, hip hop, rock and sometimes everything together in a single night. A very popular club, Paradiso is a former church with one of the best acoustic halls in the city. On the first level you will find the main stage and there is a smaller and more intimate venue upstairs with a nice bar. Melkweg has two large rooms each with a bar besides and on almost all club nights they offer a single cover charge that access to both venues. The bars on the Leidseplein are always very busy but not necessarily interesting. In the front of the Leidseplein is the Korte Leidsedwarsstraat, a small street full of bars with good Dutch and Belgian beers and Irish pubs with dark beers and Guinness Stout. The best hotel options here are the Amsterdam Amercan Hotel, Amsterdam Mariott Hotel and also near the Leidsesquare NH Amsterdam Centre Hotel and Park Hotel. 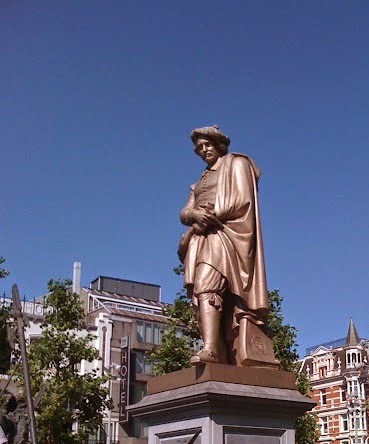 The Rembrandtplein named after the famous Dutch painter is for the more sophisticated and older public. There are some good bars and two of the biggest discotheques of Amsterdam, The Escape and the Air, also many restaurants and hotels.  A lot of the most popular clubs can be found in and around Rembrandtplein, also in the surrounding Streets there are plenty places to visit like the chic and classy Club Rain.  The more casual and older clubbers might find Studio 80 and it's dedicated genre music nights of interest, while the 3 Sisters is one of the most popular bars on the square with a large terrace and delicious cocktails and snacks. Throughout the summer months, the terraces are packed with people enjoying a good meal and a drink or a international cocktail and watching the world go by. There are a lot of bars with Dutch live music and you can feel the culture of the city here.  The Hip Hop fans almost certainly must visit De Duivel at the nearby Reguliersdwarsstraat 87 where you can find also the Amsterdam gay clubs. At the Amstel 94 you'll find one of the most unique drinking establishments in the city,  the Xtracold Amsterdam Ice Bar. The people who like the nightlife and looking for hotels around Rembrandtplein  will find various here, there is a large selection to choose from. The Seven bridges hotel at Reguliersdwarsstraat 31 is a very charming place and one the most popular choices but in this area you'll find also some good budget hotels like the hotel Atlanta and Veteran hostel.

Amsterdam being an important theater city has each evening a variety of spectacles to offer. For the tourists in Amsterdam you can also find quality, English spoken theater in Amsterdam. Most of the major theaters are centered around the Leidseplein and there is also Theater Carré at the Amstel 233, the oldest and most beautiful theater in the Netherlands.

If you are looking for the Amsterdam clubs to visit is a very easy thing because of the incredible popularity of the nightlife, you'll find the most exclusive clubs literally everywhere. Anywhere you walk in Amsterdam, you will most likely be able to find a club. Each of these locations are popular for there own unique features and no matter how you spend your night, Amsterdam have it all and you will find the perfect location for you, all the tourists wants to feel the free atmosphere in Amsterdam, that's why the city is an incredibly popular tourist location. It draws all the people in for many different reasons and one of the most important, probably the most memorable, is the nightlife.


The Dutch are really party animals and gave the house parties worldwide fame.The city after dark is like a whole new world, like the next century, it lights up and literally wakes up with a new type of feel. During the daytime get a canal boat cruise in the Amsterdam historic canal district and and later after dinner the excitement in Amsterdam after dark is centered on one thing: Amsterdam nightclubs. There are many of these located all over the city and they attract a large number of both locals and tourist from around the world. The culture scene is rich and diverse in Amsterdam, a modern trend which is very popular nowadays are the lounge clubs and restaurants. The luxurious décor, the relaxed atmosphere together with the chilled music create a fantastic new style for going out.

The Lounge Culture in Amsterdam

The lounge clubs in Amsterdam are the best alternatives to smoky coffeeshops, crowded bars and booming clubs and whether you want to impress your friends or date at a swanky cocktail spot, play some dart or pool with your friends or just have a chill and relaxed evening with your business company or best friend in a setting where you can hear each other talk, with the best food and international cocktails, the Amsterdam loungeclubs are the perfect escapes. Amsterdam has a reputation for being very liberal, chill and relaxed and the lounge clubs in Amsterdam not only live up to that reputation, but bolster it with a large number of great places all over the town. There is a great difference between the brown bars, coffeeshops and the Amsterdam loungeclubs. The bars and coffeeshops are for a great part simple and budget friendly but the lounge clubs are more high-end and lavishly expensive, very modern and luxury decorated. The myriad lounge options aren't limited to any district or area in particular as very exclusive hotspots, chill hangouts and the delicious cocktail havens can be found at the Leidseplein, Rembrandtplein, the Red Light District and the districts De Jordaan and De Pijp amongst others.

The Amsterdam nightlife, bars and pubs

In the late hours when the sun goes down, Amsterdam transforms into a different city. All the bridges and monuments are elegantly lit and the streets in a historic ambience gives a special atmosphere. The relaxed brown cafes are opening and in the trendy clubs with energetic DJs, the party is just getting started in the diverse nightlife scene. Tousists are able to find just about every genre and for every age. There are special bars for those who love cocktails, special beers, live-music, chill-out bars, modern and trendy bars, too many to mention.

The Holland Casino is one of the most modern casino's in the world. Take a look at the colorful glass cupola in the large playing room, where you can play French and American Roulette, Black Jack, Carribean Stud Poker, Sic Bo, Big Wheel, Poker en Punto Banco. The casino offers four international bars and the Vondel Restaurant. It is also possible to enjoy a small meal in the stylish lunchroom. Good luck!

There are so many different dance clubs in Amsterdam that is often overwhelming for tourists as well as locals trying to decide which dance club to attend. For such a small city of less than one million people, there are surprisingly many dance clubs to choose from and they're quite trendy and diverse. The Amsterdam nightlife has a wild reputation but in the most clubs is a relaxed atmosphere. Pointed attention that some clubs have dress codes and door policies. Here are a few of the best and most popular dance clubs in Amsterdam. It doesn't matter what sort of music you like, you'll find a dance club to match your mood.

Are you looking for your favourite Dutch DJ?
DJ Guide ( with nightlife party agenda )

Hotel ibis is located in Amsterdam's Old Town, close to the main railway station with all forms of public transport and just a 10-minute walk from Dam Square. A very nice location to explore the city. A very good breakfast is served every morning in the breakfast room and this 3-star hotel has non-smoking rooms. Directly in the area there is a large choice of bars and restaurants. Free Wi-Fi is available in the rooms and in all public areas. More information ibis hotel Amsterdam
Newer Post Older Post Home