Although the Royal family does not live here, the Royal Palace serves as the reception palace for the family and is open to visitors for most of the year. The palace was built during the Golden Age as Amsterdam City Hall, after which it served as the residence for the first King of Holland. Here you can admire the luxurious interior, paintings and sculptures by famous artists. Exhibitions are organised several times a year and the Royal Award for Modern Painting is presented here each year. 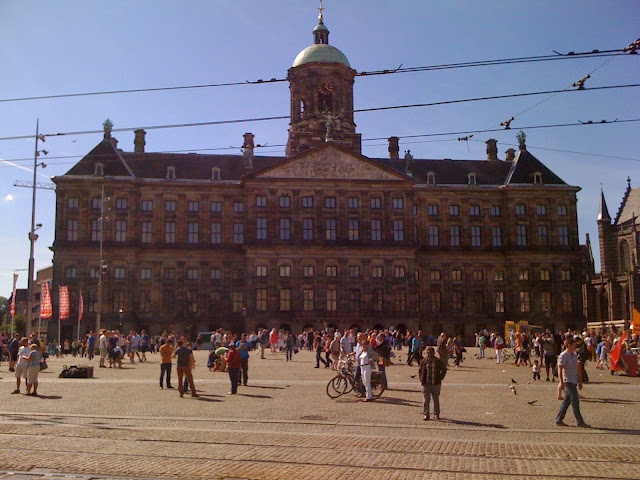 The palace is situated on one of the busiest squares in the city, Dam Square. The most famous side streets leading to this square are Kalverstraat and Damstraat, where you will find popular attractions such as Madame Tussaud’s wax museum, de Nieuwe Kerk (The New Church) and De Bijenkorf department store. The citizen's hall is the largest hall of the palace. The hall is the center of the building and represents the universe. The crystal chandeliers are from the time of King Louis Napoleon. Originally, each chandelier hung 12 oil lamps. In 1937 the crowns were electrified. In the floor are marble maps of the eastern and western hemisphere with the middle of the northern starry sky. The citizens of the 17th century crossed here, as it were, the world, like traders and seafarers, who actually did. 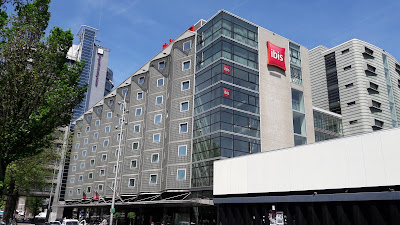 Hotel ibis is located in Amsterdam's Old Town, close to the main railway station with all forms of public transport and just a 10-minute walk from Dam Square. A very nice location to explore the city. A very good breakfast is served every morning in the breakfast room and this 3-star hotel has non-smoking rooms. Directly in the area there is a large choice of bars and restaurants. Free Wi-Fi is available in the rooms and in all public areas.
More information ibis hotel Amsterdam