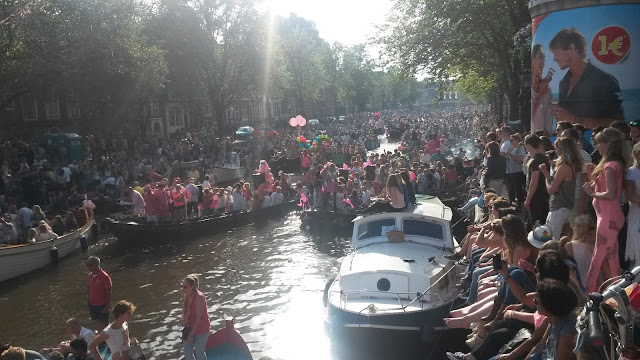 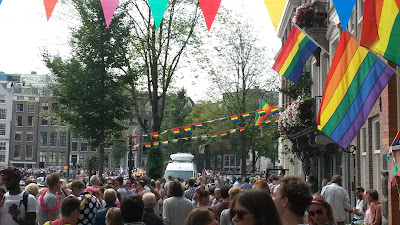 is the highlight of the Amsterdam Gay Pride weekend! 80 decorated boats sail along the Prinsengracht. The parade starts at 13:30 at Westerdok (near the Central Station) and the route follows Prinsengracht and the Amstel to Oosterdok.
The event is the second biggest of Amsterdam. Thousands of spectators get early to the canals for the best spot. Most fun is to walk along the route, from the Central Station side towards the Amstel.
Many guys have private parties on small boats on the side of the canal. 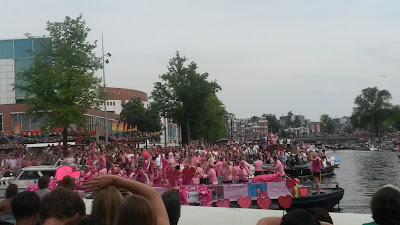 Next to the same gay streetparties as Friday, which start already early afternoon, Saturday night is party night. Club Air next to Rembrandtsquare will host popular bears parties Bear Necessity and Furball. At Westergasfabriek there is Funhouse. You can also check out or F*ng Pop Queers, a big young and trendy party at Paradiso. The regular gay clubs Club NYX, Club Church and The Warehouse will have parties as well and will get busy!

The weekends highlight for the party boys is international circuit party Rapido at Paradiso which starts in the afternoon, and is always sold out months before the event.It lasts till 2 at night and if you did not get enough of booze, boys and beats, you can go to the Rapido After. 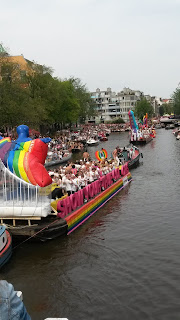 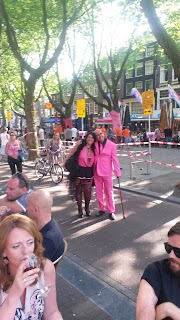 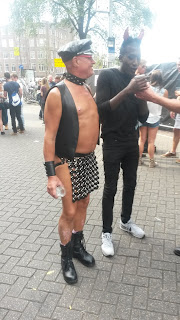 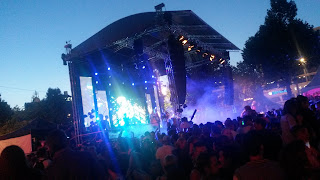 Amsterdam Pride is a citywide gay-festival held annually at the center of Amsterdam during the first weekend of August. The festival attracts several hundred-thousand visitors each year and thus one of the largest publicly held annual events in the Netherlands. Amsterdam Pride was originally organized in 1996.

During the Gay Pride Festival, Amsterdam is bursting and celebrating with the best parties and events, a celebration towards equality for all gays, lesbians and transgenders.
The peak of the festival is during the Canal Parade, a parade of boats of large variety on the first Saturday of August, which usually goes from Westerdok over the Prinsengracht, Amstel river, Zwanenburgwal and Oudeschans to Oosterdok.
The center of the parties and concerts during the festival is the Rembrandtplein and during the festival there are many activities in the surrounding area. 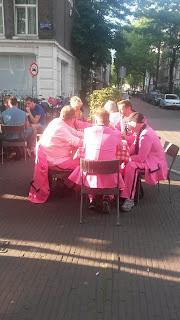 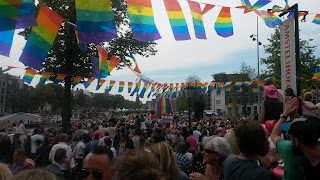 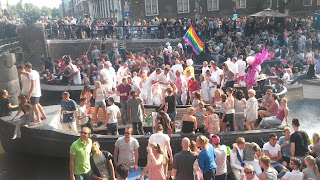 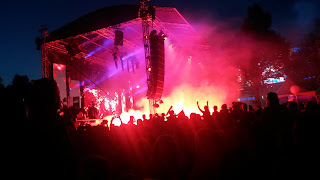 Hotel ibis is located in Amsterdam's Old Town, close to the main railway station with all forms of public transport and just a 10-minute walk from Dam Square. A very nice location to explore the city. A very good breakfast is served every morning in the breakfast room and this 3-star hotel has non-smoking rooms. Directly in the area there is a large choice of bars and restaurants. Free Wi-Fi is available in the rooms and in all public areas. More information ibis hotel Amsterdam